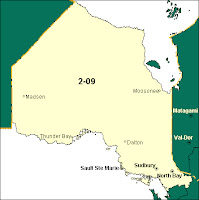 The auctions rules also state that all network operate must allow network roaming and share tower by all service providers. This means a new entrant like Verizon can advertise and offer full national coverage on one of the incumbent networks without spending any capital for network infrastructure. They will have to pay the infrastructure owners reasonable rates in accordance with CRTC and Industry Canada directives. There are some hardware challenges and technology issues that need to be resolved but these are not insurmountable.
Posted by Hermes at 09:04