The material in this post is provided for informational purposes only and should not be considered in any way an endorsement or recommendation of Xplornet or its services.

Since the middle of 2017, Xplornet has built around 70+ towers in Northern Ontario in the area stretching from Manitoulin Island to Timmins and Including St. Joseph Island and the Goulais River area,

As of 19 May 2018, the Xplornet website indicates the LTE fixed wireless service is available in the Goulais postal code area (P0S 1E0) There is no similar listing for St. Joseph Island.

The services offered are:

Note: There are the usual additional statements about “up to speeds”, throttling, additional GB overage charges, etc.

This is a terrestrial service and should not be confused with the Xplornet satellite service. According to Xplornet documents, they use fibre optics or m/w wireless to provide backhaul connectivity to the Internet backbone. There is no indication what is being used in Goulasi River.

I am not aware of anyone that has signed up for this service but I would to hear from anyone who has.
Posted by Hermes at 22:06 No comments:

Did you know that the Ontario Energy Board (OEB) can have a direct impact on what you pay for your Internet and cellular service in the province of Ontario?

The OEB is the agency responsible for the setting the rates that power (hydro) companies can charge telecommunications companies to attach wires and cables, including traditional copper cables and fibre optic cable. to the poles owned by the power companies. Note that most cellular sites have a backhaul terrestrial connection that relies on power pole lines to carry the link.

The new rates apply to those power utility companies that do not have company-specific charges already approved by the B. These. previously named companies and the approved rates are for Hydro One ($41.28), Toronto Hydro ($42), Hydro Ottawa ($53.00) and InnPower ($38.82), The OEB claim the new rates only apply to about 10% of the companies in Ontario.

The CRTC is the regulatory agency that controls the cost of third-party attachments to Bell Canada poles and their current rate is $12.48.  (Why do I think there are a bunch of rate clerks beavering away in the Bell backrooms preparing an application to the CRTC for a rate increase.)

Pole line maintenance is one of the items used by the power companies to justify the high delivery charges in power bills, Does anyone really think this new revenue will lower these delivery charges?
Posted by Hermes at 11:11 1 comment:

For those not yet aware of it, the Bell cell site located at the Searchmont Ski Resort is now active. It is configured to handle the full range of HSPA and LTE voice and data service utilizing the 700 MHz, 800 MHz, and 1900 Mhz bands.

The site has four sectors meaning antennae are optimized for four quadrants as opposed to the three sectors or omnidirectional used at many other northern sites. Quite often sites that provide highway coverage may only use two sectors along the direction of the highway. Obviously, the use of more sectors provides more efficient coverage.

The new Searchmont site also provides a full range of data hub service including the BWI5/WI5F through the Station Mall Bell store.
Posted by Hermes at 17:04 13 comments:

You may want to use the new term talking to Bell about the service.

Now there are three names that basically describe the same service of 5 Mbps download and 1 Mbps upload over the cellular network:

SIgned Up for the New BWI5 (Deferral Account) Plan

I finally got around to upgrading my Bell Wireless Internet 5 (BWI5) Deferral Account service this week. As an existing customer I had to phone billing at 1-800-667-0123. If you are a new customer you need to deal with direct sales. Of course you can always deal with your nearest Bell Store or agency.

The whole process took less than 10 minutes. I wasted a large part of that time working my way through the abomination of voice response interfaces that has become the most common method used by companies in the name of efficiency to annoy potential customers.

Having survived the voice response torture, I got connected to a live agent immediately with no wait. He confirmed my identity, to his satisfaction anyway, and he provided his name and Bell employee number for my records. We were off to the races.

I stated I wanted to upgrade my current BWI5 plan to the new Wireless Internet 5 Flex plan. After about 20 seconds he said I qualified for the newer service, which is really a modification to my existing data caps, and since I owned my own NetGear MBR1516 data hub he would sign me up for the 30 day, no contract rate starting at $48.95 for the basic 50GB data cap.

My household of 2 adults has the following hardware authorized to access the BWI5 data hub, not necessarily all at the same time: -  3 laptops, 1 desktop, 2 Android tablets, 2 Android smartphones, and 1 video security camera.

Admittedly, in the 18 months I had my existing plan, I never went over the 45 GB data cap according to Bell. However, to achieve this I carefully restricted my video and other streaming uses.  When I did use the services, I set the parameters at the lowest reasonable definition – usually 240 if it was available. I do subscribe to NetFlix but mainly use it when travelling.

We reviewed the total package. I accepted it. And that was it.

The purpose of this post is to provide general background information about the boundaries within which a user has to live to be eligible for the Bell Wireless Internet 5 (BWI5). It can also act a reference post to respond to various I receive,

BWI5 is the marketing name being used by Bell Mobility to provide the service funded by Deferral Account money as authorized by CRTC. The CRTC gave the final authorization after nearly a decade of legal appeal which eventually reached the Supreme Court of Canada (SOC); regulatory appeals which included a direct appeal to the Governor-in-Council (i.e. the federal cabinet through Industry Canada) and public hearings chaired by the CRTC.

Bell first provided information about BWI5 in late July 2014. Since then there has been at least three changes to the price structure and data caps with incremental increases in data cap and minor changes of the basic price in each iteration.

Information about the latest price structure and data caps as of Jan 2016 can be found at this post.

Bell Mobility is the lead BCE subsidiary for BWI5. Unfortunately, I cannot find any information about the BWI5 on the any BCE website.  BWI5 can be ordered through Bell Mobility direct sales at 1-888-466-2453 or through the Bell store in SSM. 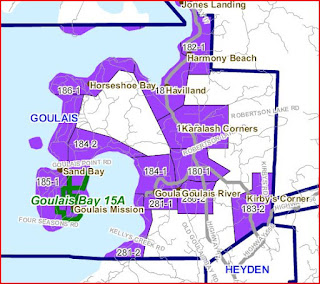 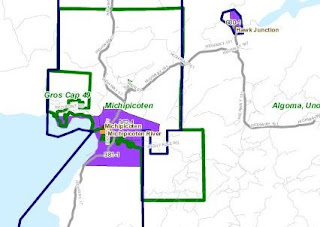 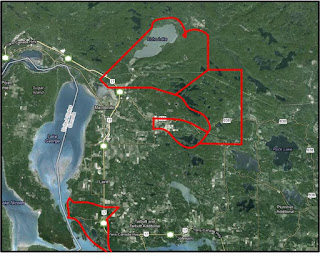 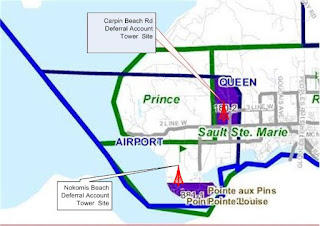 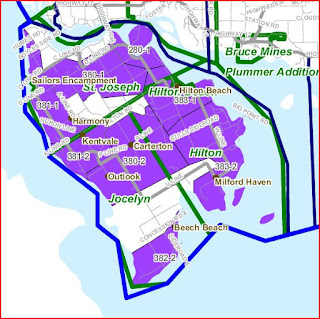 Once again there have been major changes to the BWI5 (Deferral Account) service offering by Bell Mobility. Starting as low as 50 GB for $48.95, up 100 GB is now available for $63.95 plus taxes. It is a data flex type plan where the basic price is increase over two additional tiers only when your usage exceeds the limits in each tier.

As usual with announcements concerning the BWI5 (Deferral Account) program, there is no information available on the Bell websites. News of the amended service is being spread by word of mouth through users, stores and blogs like this.

The following details have been confirmed by contacts at Bell Mobility in Toronto:

Applicability:  Users must meet all the residency requirements of the BWI5 (Deferral Account) plans i.e. installation and use location within a Deferral Account area.

Data Hub Requirements: the new prices are applicable with all three data hubs currently in use with the BWI5 (Deferral Account) plan, depending on when you signed a contract or purchased your data hub: the original the NetGear MBR 1516 (external port and antenna available), the interim the Huawei B882 (no external antenna port) and now the ZTE MF275R (no antenna port but has battery backup). If you are a new customer you will need to either acquire a data hub from Bell Mobility or Bring Your Own Device (BYOD)

Apparently Bell Mobility is allowing existing contract customers to pay off the time reaming on their contract and switch to the new plan.

While the new plan is not identified as a “promotion”, as the interim was, Bell Mobility would not indicate how long it would be available.
Posted by Hermes at 11:54 19 comments: