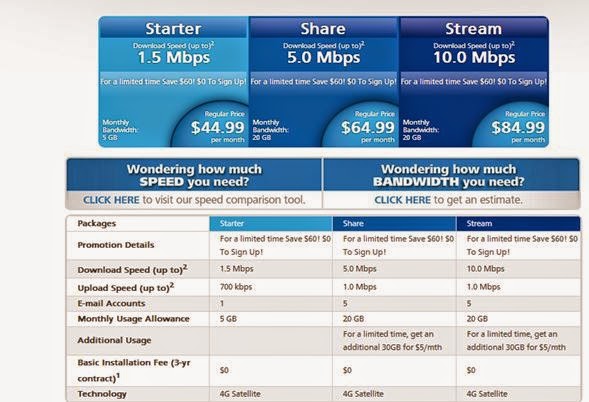 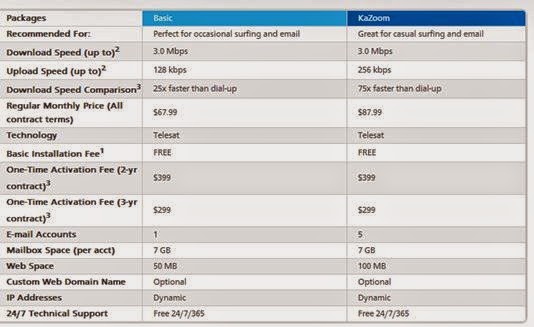 [2] Satellite 4G should not be confused with cellular 4G networks. They are different technology.
[3] I copied this from the Xplornet website in Feb 2014 for service in Alberta and New Brunswick.
[4] This is the same trick used by some cellular service providers that offer "unlimited data". After a core cap of anywhere from 2-4 GB at 4G speeds, any data  overages are throttled back to 3G or even 2G speeds in some cases.
[5] There are dedicated commercial satellite ground stations operators that can provide better quality service than some residential quality ISPs.
Posted by Hermes at 11:57