I was playing around with Google Maps in the North Sault area when I came across this Street View of the Bell cell site called Batchawana near the intersection of Hwy 17 and Hwy 563.

I am sure it was coincidental that the Google plotting cars drove by that day but it shows the new tower under construction in the Aug/Sep 2012 timeframe.

The pictures show a new tower under construction beside an existing tower, a reference map and detail showing the riggers climbing the tower. 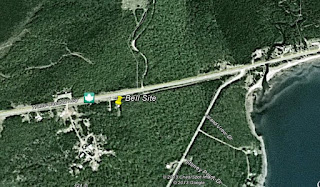 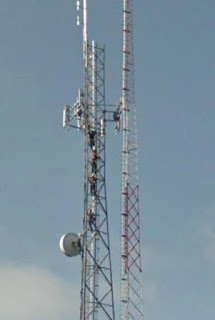 On Monday 29 Apr 2013, the Ontario government re-introduced consumer protection legislation affecting the wireless (cellular) industry. There is no doubt that the industry could do with a little regulatory oversight in the areas of contract clarity, billing practices and service charges, most notably cancellation fees, all areas addressed in the proposed legislation.

On 01 May 2013, similar legislation came into effect in Nova Scotia.

In both cases the powers behind the legislation are touting the limit of $50.00 to consumers when they cancel any future contracts with a carrier. (Sorry, the rules are not retroactive and will not apply to existing contracts.)

In some cases, this is may well be an accurate statement; in other cases it will not be. Let me explain.

There are two distinct parts that come into play for the majority of consumers when they enter into a contract. The first part is the subsidy or economic incentive provided by the vendor and applied to the cost of the phone they provide. They provide a phone at a reduced price or free in return for signing a fixed term contract, usually three or occasionally two years. The second part is the revenue expected by the vendors from the consumer over the length of the contract. Historically, carriers based the amount charged to cancel a contact on the amount of time left on the fixed length contract. The cost of the phone was not a major part of the calculation in most cases as it was folded into the monthly service costs.

The new legislation separates the two parts and makes them in effect two separate transactions. The $50.00 limit only applies to the second part; the amount of time left on the contract. The new rules still allow the vendors to recover the amount of the subsidy or economic incentive provided with the phone.

I have not seen the Ontario formula but the Nova Scotia one appears straight forward. This is from the government's Access Nova Scotia website:

"… Nova Scotians can now cancel their contracts at any time and the government will limit what cancellation fees can be charged. There are three possible scenarios:
For example:

And guess who gets to set the initial value of the phone?  Would it surprise you to learn that the vendor sets the basic value number used in the calculation?  I checked the EastLink website and found only two smartphones that retail for less than the $300.00 used in the example. The majority were between $500.00 and $700.00. This would double the prices quoted in the government produced example.

Even with the new legislation coming into effect across the county, I still feel the best deal is to buy a phone outright, get it unlocked and then sign up for service. Yes, I know it can be pricey, but there are a lot of good deals available in the used phone marketplace. Also, there are a number of advantages of having an unlocked phone, especially if one travels.